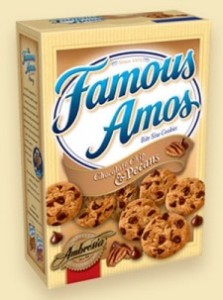 Such hyperbole Lindsay and Jacque employ when their bellies ache to be filled with food. For some reason, their exclamations are always strongest on Sunday afternoons after church. So I quiz them: “Did you eat breakfast? Did you eat dinner yesterday? The day before?”

Most of us in America don’t understand starvation. Whereas many throughout the world suffer the effects of malnourishment (including death), the singular cause of many of our health problems relates to overeating. And what we don’t stuff into our mouths we throw in the trash. I don’t know starvation.

Here at ECOB we just completed a four-week teaching series called Farm Story, a concept we blatantly heisted from Facebook’s Farmville—and Jesus’ Parable of the Sower (see Matthew 13). We spoke about how God’s Word is a seed that’s planted in the soil of our hearts, various types of soil ranging from the firm and unreceptive to the rich and responsive. (If you missed any of the messages from the series, you can download MP3s or stream the audio at our website or our Sermon.net channel.)

Last November I was working through the books of the Bible called the Minor Prophets and happened upon a verse in Amos that struck me.

“Behold, the days are coming,” declares the Lord God, “when I will send a famine on the land— not a famine of bread, nor a thirst for water, but of hearing the words of the Lord.” —Amos 8:11 esv

Here’s what I wrote in my journal upon reading and meditating on that strange verse:

I’m looking out my window on a gray Monday morning at soybean fields that have been harvested. Surely we live in a land of plenty. Our soil is fertile and rains have been relatively steady. We send our food all throughout the world. Until I came here to Eaton and now have a window out which I can see miles of farmland, I hadn’t given farming much thought. But the people of Israel were an agrarian society. They were not hunters but keepers of livestock and growers of wheat, olives, and grapes, among other crops.
This is now my third prophetic book I’ve read in my plan to read the Minor Prophets. I’ve grown familiar with the foretelling of famine and destruction. But this one is new. Just before He said this, God said He would turn their celebrations into times of mourning, their singing into weeping. “How very bitter that day will be!” (verse 10). What will have caused this mourning, this weeping? It would be God’s silence. People would search earnestly for God’s Word but not find it. Young women and men would grow faint in their thirsting for God’s Word.
God was true to His promise. He would be silent for 400 years, from the last words of Malachi until Emmanuel arrived. God’s very Word Made Flesh dwelled among us, quenching the thirst of His people. He was the Living Water, the Bread of Life. What’s more, God did not stop speaking when Jesus ascended to heaven. No, He continues to speak by His Spirit.

Sometimes God will speak as a painter uses broad strokes. Imagine painting a large wall with a roller. At other times He speaks into our lives with a fine brush, like that of a Dutch Master. God will speak truth from His Word. And He will speak direction by His Spirit through prayer, circumstances, connections with other believers.

I’ve never played Farmville myself. (I hear there’s an app called Latte Land, which may be up my alley. I’ve spent so much time in coffee houses I might as well own one myself, if even a virtual one.) I understand that in Farmville you have to be intent on feeding your animals and tending to your crops or they’ll die. The same can be said of us. If we starve our new spiritual nature that craves God’s Word for its nutritional sweetness (“like pure spiritual milk“), then we’ll lose vitality and stop growing. If we only listen but don’t do what God says, then He’ll stop speaking.

People dying of starvation in other parts of the world when food abounds in our country is tragic. We can do things to help. In our family, we’re designating one night a week as our beans-and-rice dinner, which isn’t too hard for us, since we’re Mexican and love frijoles y arroz anyway. The difference between our cheap meal and the normal cost we’ll set aside to help those who need food. It’s a small effort, I know, and certainly not a cause for pride.

Followers of Christ who suffer spiritual malnutrition when God’s Word is as accessible as opening a box of Famous Amos cookies—I love the ones with pecans—is also tragic. If you need help digesting what you’re reading, here are some online helps: Bible Gateway, Bible Study Tools, Bible.com, among others you could google.

These can be great tools. But understanding the Bible and spiritual growth occur most effectively in community with other believers. Here at ECOB, we have small groups and classes you could join. Or you could simply start with some friends. Let us at ECOB know if you need help.

All this talk and I think I’m going to get me some milk and a box of cookies. Four bite-size cookies per serving, though.