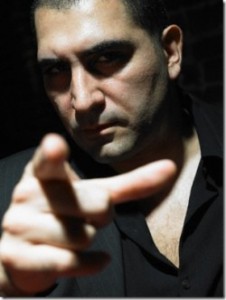 Last month we appeared in juvenile court for the custody hearing regarding Gabriel. I’d never addressed a judge before, so I forgot the respectful “Your Honor” in my replies. Even a “sir” would have sufficed. My neglect might have been due to his not wearing a black robe. Or it could have been the lack of a bailiff who would have said, “All rise …” or a stenographer who’d have typed it all into a netbook. There was no polished wood. The judge didn’t even have a gavel, as far as I could tell.

Despite that I dishonored Your Honor, I was honored. Gabriel’s grandmother bore witness to our suitability as guardians, testifying as to our character and the love and care we’ve shown to our other children. Now, I’d assumed she was confident in us, since we’d proceeded that far. But there, right there in the courtroom that didn’t look like a courtroom, she spoke well of us. It was almost embarrassing.

People have written reference letters for me, and some have had telephone conversations with potential employers attesting to my employability. I remember my piano teacher’s recommendation letter for my entrance into college music programs. But there she was, Gabriel’s grandmother, our character witness, vouching for our integrity right there in front of us.

It reminded me of something I’d read in the book of Zechariah:

Here is Joshua the high priest standing in a sort of courtroom that may or may not feature antique oak. He stands silent while Satan, whose very name means “the accuser,” calls all sorts of charges against Joshua, who you would think was probably a pretty good man since he was a high priest. Joshua has no argument for these accusations, however. Instead, he has an advocate in the great Defense Attorney Jesus. (Frequently, the “angel of the Lord” in the Old Testament refers to Jesus.)

Interesting, the Defense doesn’t respond specifically to the accusations. He simply rebukes Satan, then calls for new digs for Joshua.

Now, most likely Zechariah, who is seeing this vision, recognizes Joshua because of his high priest garb, which is described as filthy—though, this is more accurately translated as covered with dung. The holiest man in all of Israel/Judah wore dung-covered robes, at least that’s how God saw them.

We have all become like one who is unclean, and all our righteous deeds are like a polluted garment. We all fade like a leaf, and our iniquities, like the wind, take us away. ­—Isaiah 64:6 ESV

Joshua’s best works of righteousness wouldn’t stand in court against Satan’s accusations. He had to depend on his Counsel.

Satan accuses us but his accusations are ungrounded.

And I heard a loud voice in heaven, saying, “Now the salvation and the power and the kingdom of our God and the authority of his Christ have come, for the accuser of our brothers has been thrown down, who accuses them day and night before our God.” —Revelation 12:10 ESV

How can this be? Joshua was as guilty as we are, yet he was acquitted of all of Satan’s charges—as are we. If there were a higher court, certainly an appeal would be in order in light of such a travesty of injustice.

The angel of the Lord could hand down what would seem to be an unjust verdict in favor of someone so obviously guilty only because of what he was looking toward: when he would “remove the iniquity of this land in a single day” (Zechariah 3:9). On that “single day” Jesus would don my excrement-laden clothes and wear them to the cross. Jesus takes our best efforts to reach God, our priestly vestments covered in filth, and tosses them out, giving us new, pure robes of righteousness (Isaiah 61:10).

Over twenty years ago as a child, I responded to God’s grace, choosing to retain my Counsel Jesus, who has defended me ever since. When the Accuser attempts to indict me on yet another count—and he lashes them out daily—my Counsel testifies to what took place on that “single day.” The Great Judge finds insufficient evidence to prosecute. I am found not guilty, because the Innocent One took my guilt.

Who dares accuse us whom God has chosen for his own? No one—for God himself has given us right standing with himself. —Romans 8:33 NLT