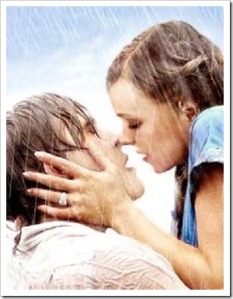 A couple weeks ago I bought new windshield wiper blades for our minivan. I know what you’re thinking: Wow, this sounds like an exciting post! So here’s a teaser: I’m recounting the moment the Owens Family was saved from annihilation. …

Every time I change our wiper blades I think back to the moment that was pivotal in mine and Cindy’s life together. More than twice a year (you should probably change your blades before and after winter) I recall the event that propelled us into the future together. This was the day, Valentine’s Day of 1998, when I helped Cindy change the wiper blades on her little green Mitsubishi Mirage.

Breaking Up Is Hard to Do

Cindy and I had broken up sometime that previous September, just a few weeks after a youth retreat I went to in San Diego. (Jon Acuff says that for most teens this is inevitable.) We would see each other occasionally, since she still sang in our college choir and still went to my church—it was hard to miss her in a church of 75. Which, initially I didn’t do, miss her.

I dated briefly my pastor’s daughter, and Cindy dated his brother, also for a short time. We thought we’d keep it in the family, I guess. She moved on after him, but I didn’t. Dating someone else caused me to realize what I’d let go. I wanted Cindy back.

Getting her back wasn’t entirely difficult since I’m extremely hard to get over. Sorry, I can’t get past that last sentence to move on to the next. Give me a moment. …

Cindy was dating a dim-witted football player who I needed to convince her was not worth her time. It was this guy she was driving to Parker, Arizona, to see on Valentine’s Day. It seldom rains in Yuma, but it did this day. Of course, most drivers in Arizona hardly ever replace their wiper blades until they realize the blades have cracked from the dust storms and overall dryness.

Getting the Girl Back

By then, Cindy and I had been talking again a little, and it seemed she might be up to giving me another chance. So when she’d stopped by my house and said she’d bought some new wiper blades, I feigned extraordinary expertise at swapping out blades, though I don’t think I ever had—again, Arizonans seldom do. Because it was raining—hence the reason for the blades—we drove to a nearby do-it-yourself car wash, where I could impress Cindy with my wiper-changing prowess. In my mind I was pumping myself up for the task: “Come on, you can do this. Change those things out like a NASCAR pit crew member.” Racecars don’t usually have wipers, though. Give me some grace. I was mesmerized by my brunette beauty—well, someone else’s, but soon to be mine again.

Regrettably (well, not so regrettably), Cindy had purchased wiper blade refills. Is that what they are? Not the regular rubber blade attached to the metal whatever-it-is. She bought these, not these.

We spent well over an hour trying to get the blades installed, delaying her trip to see her boyfriend. The cool, steady rain was highly romantic in such an arid environment. No one was washing cars, so we had the place all to ourselves. It’s obvious now God was orchestrating the details of our courtship. He cued the heavens to rain that day so we could have that hour together. An hour of laughing and playing. An hour during which I’m sure she contemplated: If I let him, will he break my heart again? And an hour when I tried to prevent her from going to her boyfriend.

But six months later we were married. And every time I change our wiper blades I remember how God made it rain that day in a month that sees average precipitation of 0.21 inch. But now I buy the quick, easy ones. We’ve got children to tend to.

He covers the heavens with clouds, provides rain for the earth, and makes the grass grow in mountain pastures. —Psalm 147:8 NLT

3 thoughts on “Caught in the Rain”