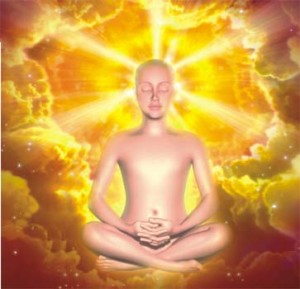 I’ve been reading through Mark’s gospel and have noticed that Jesus came upon quite a few people who were possessed by demons. This is something we don’t hear about much today, except in some churches.

Right away a woman who had heard about him came and fell at his feet. Her little girl was possessed by an evil spirit, and she begged him to cast out the demon from her daughter. —Mark 7:25-26 NLT

Is it because we live on this side of the Enlightenment, having put aside superstitions and religious mysticism and instead espoused supposed rational and scientific thought? Is this something even Christians read in the gospels yet gloss over because it’s all too strange?

Or maybe Satan is laying low with the whole possessing people stuff. Maybe his tactics have changed. Maybe instead of possessing someone’s entire body, he’s opting only for the mind. This could go in two directions.

One would be that Satan is behind rationality, in the sense of elevating the human mind above Scripture. Of course, he has been challenging the authority of God’s Word since he spoke to Eve in the Garden. Paul did say in 1 Corinthians that the gospel does appear to be foolish to those who consider themselves wise. (Remember, Paul wrote this in a time, not unlike ours, when philosophy and worship of the human intellect was prevalent.)

Another direction would be what the church I grew up in (see my post “Sweating to the Oldies”) thought about mental illness: that the mentally ill were possessed by demons. This is fairly common in Pentecostal churches, seeing a demon under every rock. But at least they acknowledge demonic activity. Many of us simply deny the presence of our enemy.

When I think of demon possession, I (probably like you) think of The Exorcist, which is quite disturbing but very well may accurately describe the kind of people Jesus faced. I wonder why Catholics tend to believe more in demon possession than Protestants. Is it because Catholic streams are more mystic-oriented? We prefer three-point sermons instead of the mystery of liturgy.

I’d like to know a little more why we don’t hear of demon possession. Maybe the idea that an evil spirit can possess someone is just too scary to consider.

What do you think? Do you have any experience with demon possession? Know someone who experienced this?